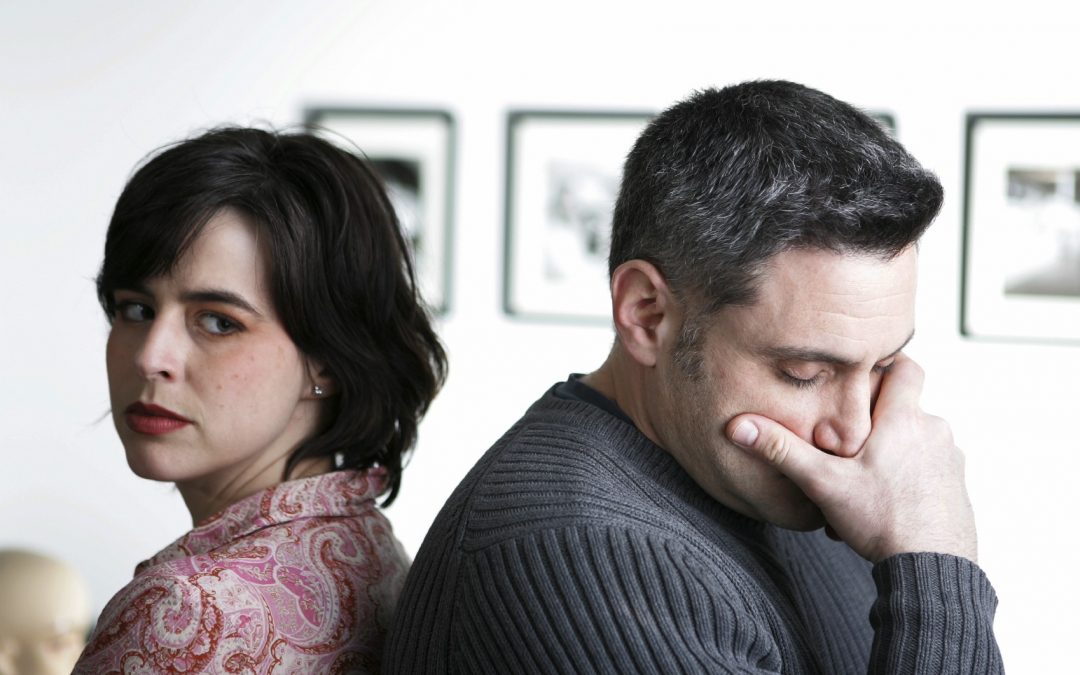 Among many of the challenges men face in their relationships, they often ask me what they can do when they are arguing with their spouse. This is a common problem since most of the time their behaviors only tend to reinforce the dysfunctional patterns established in the relationship. Men often take a position of avoiding conflict in their relationship, describing a feeling of “walking on eggshells” around their partner. Every action that they engage in seems to perpetuate the growing distance between them and their partner, and they get stuck responding in the wrong way every time there is a disagreement.

Though arguments are necessary in a relationship and can provide an opportunity for growth if done in the right way, arguments can also be destructive and contribute to a growing problem in a relationship if not addressed appropriately. There are 4 mistakes we have identified that men make in arguments with their partner that “kill” the opportunity for growth in that moment, where that opportunity is then, D.E.A.D. (Defensiveness, Explanations, Apologizing, and Dismissiveness):

– Projection – This occurs in relationship arguments when one partner attributes their own thoughts, feelings and motives to their partner. Thoughts that most often are projected are those that cause guilt, such as anger or aggressive thoughts. This defensive behavior can often feel as though the “tables have been turned” in an argument where the “accused” partner then becomes the accuser.

– Denial – Denial can occur in a relationship argument when one partner who is being confronted with a personal problem or a problem in the relationship, denies the existence of the problem. This can be extremely infuriating for the partner who may be trying to voice a legitimate complaint and can escalate tensions very quickly.

– Displacement – This can occur in an argument when a partner displaces their anger or aggressiveness that they may feel for their partner onto             another less threatening target, such as their children or pets. This can serve as a subconscious distracting technique to shift their partner’s “attack” off of themselves.

2) Explanations/Excuses – Giving explanations of your behavior or making excuses for things you may have said or done fits in this category of mistakes made during arguments. Explanations can derail the argument focusing on offshoot arguments that have nothing to do with the real issue at hand. They can also serve as a subconscious message that the complaint has legitimacy, even if they’ve done nothing wrong.

– Backpedaling – Backpedaling occurs when one partner changes or recants their original position or opinion on a topic. When occurring in an argument, backpedaling can appear evasive, shady and can erode trust between partners. It can also result in the other partner pursuing the other more aggressively to “nail down” what their true beliefs are.

– Debating – Debating often shows up in arguments when one partner takes the opposing viewpoint of the other on an issue. The partner debating, may not even agree with this opposing viewpoint, but may be playing a “devil’s advocate” position to prove a point. There is often a condescending or sarcastic tone accompanying their point.

– Rationalization – Rationalization within an argument can escalate emotions very quickly since the partner utilizing this technique tries to “logically” explain why their partner’s point of view is “irrational” or “doesn’t make sense”.

3) Apologizing – Apologizing during an argument can backfire very quickly especially if the intentions behind apologizing aren’t authentic.

– Disingenuousness – Making apologies quickly into an argument or frequently can give off an air of disingenuousness. It nullifies the apology and implies that the person apologizing isn’t truly taking responsibility for their actions, but just wanting to end the conflict. Disingenuous apologies also usually include sarcastic tones.

– Conflict Avoidance – In addition to being disingenuous, making apologies quickly into an argument can serve as a way to avoid the conflict. The person apologizing is banking on the fact that the other person will accept their apology and drop the topic.

– Guilt-centered – This type of apology can be done directly or indirectly. A direct, guilt-centered apology often sounds sheepish and tentative. The intention behind it is fear-based and not to truly and confidently take responsibility for one’s actions. The person apologizing is afraid of the other person’s anger and is trying to mitigate it. An indirect, guilt-centered apology often takes the form of an attempted hug or kiss, or some other form of physical gesture. This apology is given with the intention of “shutting the other person up” and not as a genuine offering of comfort or nurture.

4) Dismissiveness – Dismissiveness is used to shut the conversation down because either the person doesn’t care about the topic, is afraid of the conflict, or realizes they are wrong and doesn’t want to take responsibility for their actions.

– Stonewalling – John Gottman’s research speaks of stonewalling as one of “the four horsemen of the apocalypse”. He states that it is one of the red flags of dysfunction in a relationship. Stonewalling can take the form of giving the silent treatment or giving dismissive statements such as, “I don’t care”, or “whatever”.

– Walking away – Walking away during an argument is a blatant, dismissive technique designed to hurt the other person and avoid the conflict. It usually backfires and intensifies the argument resulting in the other person chasing after their partner. With that said, it is important to differentiate between walking away without saying anything up front and setting boundaries around offensive or attacking behavior. If a person lets their partner know that the words they are saying are hurtful, disrespectful or inappropriate and that if it continues, they will walk away, this is an appropriate boundary that needs to be set and enforced.

Just like a habit, most people are not aware that they are doing these behaviors or where they learned how to fight in this manner. Being able to communicate effectively in an argument requires a process of awareness and understanding, learning new techniques and practicing those techniques.

Dr Ray & Jean Kadkhodaian, are CoFounders of The Lighthouse Emotional Wellness Center and developers of the Couples Synergy Program. Practicing marriage counseling in Schaumburg, Illinois, Dr Ray & Jean have been helping couples for over 15 years reestablish healthy marriages. The Lighthouse is the first emotional wellness center to be established in the Midwest over 15 years ago, serving as a guiding light towards healthy relationships. Our counseling services are provided for couples, families and individuals, to assist them in creating happy, healthy and empowered lives. For more information, check us out at www.LighthouseEmotionalWellness.com, or give us a call at 847-253-9769.