The Origin of Behavior

The Origin of Behavior 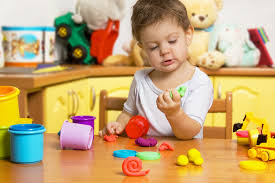 Behavior was first studied by evolutionists ages ago. According to them, all animal and human behaviors have distinct evolutionary roots. They believe that their characteristics are passed down to them by their most primitive ancestors. In addition to their claim, they say that all behaviors come from one single origin and cause. It all started from a single cell form that went through relevant changes during adaptation to different environmental and social conditions.

However, there are various views about the origin of behavior. Some people believe that living things already have innate forms of behavior right from the start of life. Their survival instincts arise from innate behaviors that are acquired from the moment of life. Even though evolutionists claim that living things learn behavior through experiences, without instinctive forms of behavior, they can’t survive. How can one select a behavior without the consciousness to make that choice?So with instinctive forms of behavior and experiences, one may adopt behaviors that may be passed onto subsequent generations. They may then become a way of how they live or simply call it a “lifestyle.”

So with instinctive forms of behavior and experiences, one may adopt behaviors that may be passed onto subsequent generations. They may then become a way of how they live or simply call it a “lifestyle.”

But, The term “lifestyle” has a much deeper meaning than the image that one wishes to project.  In developmental psychology terms it is the cognitive framework which enables one to understand the world, and to select behavior.  The behaviors chosen enable one to reach the goals of safety, security, self-esteem, and success.  It further permits the protection against insecurity, danger and frustration.  The developing child selects from his or hers many experiences and constructs a cognitive map.  I see this pattern in my practice.  It is as if they are saying ” Because this or that happened to me, I shall never behave in a certain way.”  or, ” This is what works for me and I will continue to behave in a certain way to reap the same reward.”  This knowledge is useful in everyday life if one is interested in the origins of behavior.  John Steinbeck’s quote was accurate.  “The past is never over.  In

John Steinbeck’s quote was accurate.  “The past is never over.  In fact it is not even the past.”